Todays prompt: Recently various petitions have been circulating the Diabetes Online Community, so today let’s pretend to write our own. Tell us who you would write the petition to – a person, an organization, even an object (animate or inanimate) – get creative!! What are you trying to change and what have you experienced that makes you want this change?
In many countries (including the US), Spanish soap operas, telenovelas, play an integral role in people’s lives. However, they are more than just entertainment. They are public service announcements in narrative form. They are carriers of educational messages, reaching millions of people every day. Telenovelas weave health topics into the plot of the show, whether it’s about using condoms, getting tested for STIs/HIV, eating healthy or just going to the doctor. One in three telenovela viewers say that this prime time entertainment TV is their top source of health information, according to the CDC. Entertainment TV has huge potential for carrying educational and health messages to millions of viewers.
So why am I telling you this? My petition is to have a character created on the TV show, Glee, that has type 1 diabetes. Glee is not a telenovela or even a soap opera, but it does have many of the same characteristics. As I just described with telenovelas, Glee addresses diverse issues through its stories and characters, reaching 8-11 million viewers. Topics include: teen pregnancy, economic status, race, sexual preference, religion, physical and mental disabilities, sex, school and domestic violence, school shootings, homophobia, eating disorders, sexual assault, drug and alcohol, the list goes on. Using engaging story lines (as well as song and dance) the show brings awareness to and educates viewers on important topics while still providing entertainment. 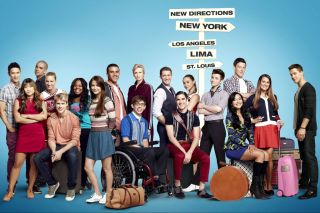 You don’t have to like the show, many people don’t. What I want to draw attention to is its ability to bring up relevant, complex, and controversial  issues and address them in a way that the audience can relate to and understand. I think it would be a perfect show to have a character that has type 1 diabetes. This person would have diabetes, but would not be the “diabetic” character. They would be multidimensional just like all the other characters. Artie is in a wheel chair, but his character is much more than that.

The character I’m proposing would have type 1 diabetes, but would not be defined by it. By having such a character, I believe that we can begin to bring awareness and education to viewers about type 1 and type 2 diabetes in a way that can develop over multiple episodes. Rather than having a single episode on a medical show in which there is a short storyline about someone with diabetes, the character on Glee would be someone that has the opportunity to grow and develop. Viewers would have a chance to get to know the character as a person. The character can introduce concepts such as the challenges of living with a chronic disease, self-management, lifestyle modifications, and differences between type 1 and type 2 diabetes. Whether its asthma, diabetes, epilepsy, cystic fibrosis, or some other chronic condition, I think that it is time that there are more positive representation of chronic health conditions on mainstream television. 15-18% of children in the US have a chronic condition. These types of characters on TV can help children, adolescents and adults to not feel marginalized or “different”. They can become a point of reference for children trying to explain diabetes to their friends. “You know that character on Glee? Yea, that’s what I have.”

To me, my petition is less about the particular TV show, and more about the fact that a mainstream character with type 1 diabetes is created on primetime television. I chose Glee because I think they do a good job of addressing certain issues, but I admit there may be a better show out there and am open to all possibilities.
My petition:
We, the undersigned, petition the Fox Broadcasting System and the creators of Glee to create a regularly appearing character on the show who has Type 1 Diabetes.
While many different issues are addressed on this show including characters with unique backgrounds, sexual identities, disabilities, and other characteristics, we believe there is a great opportunity to address a health condition that affects millions of people in the United States. This character can help to bring both awareness and understanding to viewers around the growing health epidemic of Diabetes (type 1 and 2).
Thank you.

11 thoughts on “Diabetes Blog Week Day 2: We, the Undersigned”